You do not have to become an architecture before you know that a house is of Tudor structure. Its outlook is enough to make you conclude that it is Tudor indeed when compared to those houses in the environment. It may interest you know that Tudor style house comes in different sizes. The smaller sizes could have old-time storybook outlook while the larger Tudor structure could have the romantic idea that is profitable to the English country wealthy people.

According to the architectural trend, the Tudor style houses plans came from United States in the 19th century. It keeps on increasing in popularity until the WWII. Technically, the emergence of the Tudor style house plan is a resurgence of the domestic architecture of English particularly the Medieval and the post-Medieval designs between 16th and 17th century, according to Peter Pennoyer Architects of FAIA.

It is noteworthy to state that Tudor style houses replicated a style structure of the colder weather climates with plenty snows and rainfalls. Hence, they are the best style houses for the half of northern United States, although, they are very common in other parts of the country also. 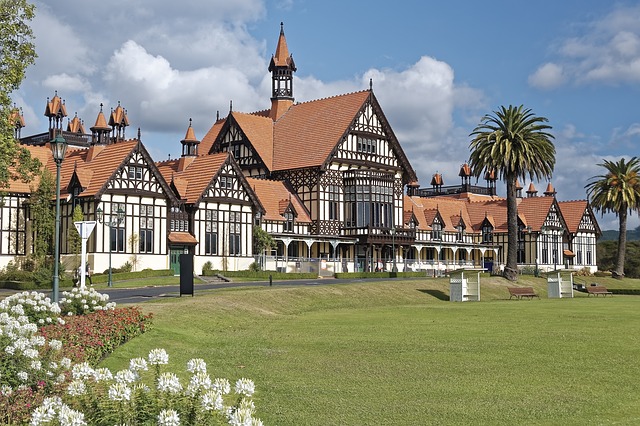 Tudor style houses have their countless materials, built with strong stones and bricks, designed in detailed forms and with expensive ornaments. It is very common in the wealthy suburbs. Some people referred to it has Stockbroker’s Tudors, referring to the owners who acquired his wealth in the early booming of 1920s. some unique features that makes one recognize Tudor houses immediately include:

Why Tudor Style House Plans Fizzled Out After 1940s?

Generally, Tudor style house plans were structured in the sense that the inside part complemented the outer part.  The asymmetrical structure of the front façade enables the interior design in the sense that it provided great flexibility to the interior planning structure. The interior parts are usually strongly designed with dark wood from the ceiling beams to the complex wall paneling.

However, in the early 1920s, Tudor style house was developed with brick and stone through the invention of the masonry veneer method. This made it much cheaper to build meanwhile the elaborations of this kind of house still remain costly for average house owner to benefit form. This is the reason why Tudor style house plan fizzled out after the WWII, as the country started focusing on fresh and cheaper house constructions. which could be established faster than expected. When the colonial revival era was on top gear between 1910 and 1940, Tudor style house plans was about one-quarter of the suburban houses. Despite that the unique design is still a charming choice to some estate buyers, yet it is not a popular style when compared to the freshly built houses.

Where Tudor Style Homes Are Common 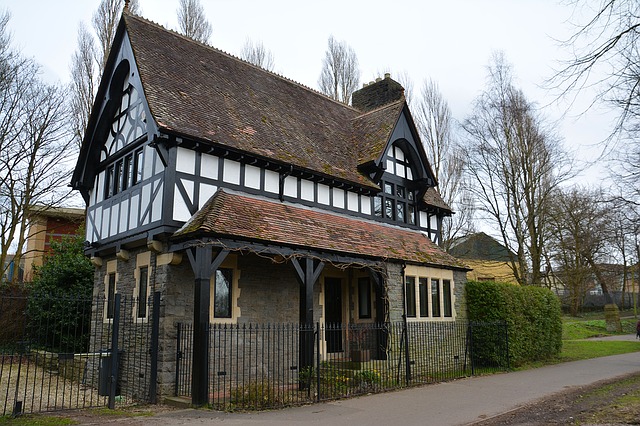 At the peak of the Tudor Style house popularity, many among the big Tudor houses were constructed in the North eastern and North western side. Most of them have been restored and can be found in the ancient districts together with the other grand home style of their time including Victorian and Queen Anne.

However, the small Tudor style houses are found in the same places but most of the existing ones have been modified with the new outlook which covers up the first decorative half-timbering done initially. This made it much hard to recognize the style originally.

As the grand Tudor style houses are found in many communities, the most popular ones are very common in the commercial places instead of the residential areas. Below are the Tudor Style Houses that are beautifully managed:

This is one of the ancient and first Tudor style houses constructed in 1890 and located in Quincy, Massachusetts. This is one of the best and popular Tudor style houses. The structure was very huge and as a result constructed in two stages. Some of the features in this building include decorative half-timbering, tall ornate chimneys and a steep roofline with multiple gables.

This house was constructed by Vincent Astor who was the New York businessman and philanthropist. The house was built to accommodate children who were just recovering from sickness and diseases. The house was also referred to as the “Little Red Schoolhouse” in New York. It has the following features; unique high-pitched roof, ornate chimneys that is higher than the peak, brick façade and impressive tall windows.