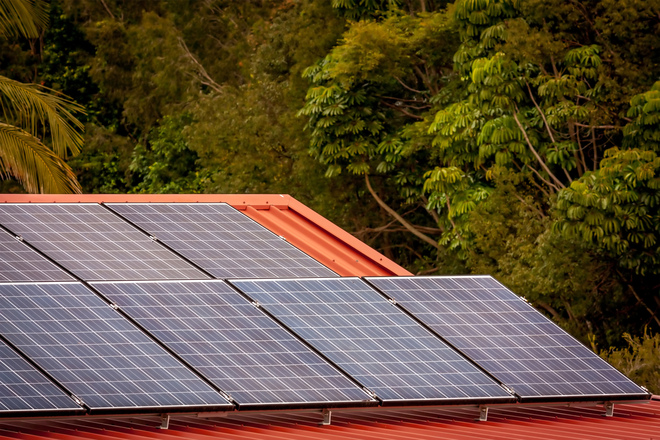 For hundreds of years, humans have used fossil fuel to satisfy the need of industrialization.  However, the use of such fuels have led to too much pollution in the atmosphere, water and soil. The sources of fossil fuels are quickly beginning to diminish. Therefore this situation should be repressed or checked. At the beginning of the twentieth century, solar and nuclear energy sources were tested. The results showed that these sources are a viable energy source.

The solar and nuclear energy are the same at a certain level. However, they are becoming more preferred due to not emitting carbon dioxide directly, causing a lower amount of pollution to enter the atmosphere. However, in the end, they do still have some pollutant emissions.

Even if solar and nuclear energy has the same similarities, their primary difference can be found in the safety.  The radioactive materials used in a nuclear plant is a deadly pollutant and must be stored under the surface of the earth using expensive technology.  The nuclear energy is considered as a luxury for only wealthy countries. Solar energy, on the other hand, is safe and can be used in every aspect of life in both developing and already developed countries.

While the world is trying its best to keep up with the energy crisis, many people are turning to the nuclear energy since it is considered as the most environmental friendly and viable alternative. It is believed that the nuclear power is capable to offer up to 20 percent of the energy to the billions people who live in the world.  However, it brings out some concern like if the energy is clean and safe, if it is sustainable or if it is better compared to the solar energy.

Nuclear energy is gotten from thorium, plutonium, and uranium, producing an endless source of energy. This is why it is considered as a sustainable energy because there is a large amount of the uranium reserve in the world and it can last up to thousands of years. However, with the increase of people who use it, this assumption may not stand for too long. Nuclear energy is not a renewable energy.

How it is compared to the solar energy?

Unlike nuclear energy, the solar energy is infinite source of the energy.  When it comes to compare them, solar energy does not have element since the radiation coming from the sun is converted to a viable source of energy.  Using of solar panels is important when it comes to absorbing radiation from the sun and converting the energy into electricity. This process is called photovoltaic.  Contrary to the nuclear energy, the solar energy is a renewable energy.

Solar energy does not have many elements. The main materials required are the solar panels used to absorb the sunlight and converting it into energy. Many tests have been conducted, and the results are the same. Solar energy is considered clean and is environmentally friendly.  The problem with solar energy is that supplies are limited and as a result, it does not offer too much electricity to many people around the entire world.  The materials that are required in making the solar panels can also be expensive.

What it is the difference between nuclear and solar powers?

When it comes to the safety, the nuclear power is known to be high risk since it contains chemicals.  It is said that the nuclear power is capable to destroy the world because it has a high level of radiation. The power from the solar energy is different because there are no chemical elements in it that might cause. There has always been a debate between those that want nuclear energy against those that prefer the solar energy. Debates become heated. As it stands, neither side have been able to make progress in defending their case. There are several myths revolving around the controversy.

Some of these myths are:

Most of the nuclear power reactors are classified as Generation 2 reactors, and have become obsolete. The best nuclear power should be generation 3.  By now, there are only Generation 3 reactors. The projects of making up the new reactors are underway and are over budget.  In this way, it is not clear if the nuclear energy can be used to replace the fossil fuel. The solar and wind energy are growing rapidly, and they are affordable. The wind and solar farms may be constructed or planned in less than 3 years which makes them the best option to replace the fossil fuel by now.

The renewable energy will require a large area to operate

The on-ground solar farm or hydro-electric dam will require a large area to work. But the roof top solar panels do not need the additional land.  The wind farms take only 2 percent of a land.   The amount of the land they need will depend on which wind turbine has to be used. When horizontal-axis is used, it will need less space compared to the vertical axis design.  They have two or even three blades that will operate the wind. This means that the blades will be facing the wind.

Nuclear energy does not emit the greenhouse gas

The truth is, nuclear energy with the renewable energy will not release carbon dioxide.  But if it is about the entire life cycle of nuclear like mining of the raw materials or managing of the waste, then it makes it clear the nuclear energy is not eco-friendly.

Therefore nuclear energy is believed to be not that efficient. Mining of the ore must be frequent and this requires the use of the diesel-fueled equipment. This means that greenhouse gas emission will always be high.  If low-quality uranium ore is being used, the life-cycle emission will be at least 131 grams for a kilowatt each hour.

The proponents of the nuclear energy do argue that it may be used at the same level of that of the renewable energy; however, these two are known as the poor partners.